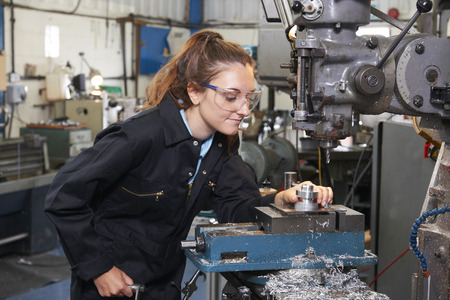 Apprenticeships are changing and so is the brand. Many people think that Apprenticeships are aimed at 16 year olds who are just leaving school, maybe because they are not suited to further education, or are aimed at only those looking to follow a career in a trade, but this could not be further from the truth.  Apprenticeships are open to everyone at all ages and cover around 1500 occupations. They are available from level 2 (GCSE level) up to level 7 which equates to a Bachelors or Masters degree, with a new status protected in law and now have equal legal treatment to degrees.

The definition of an apprentice is someone aged 16 or over, lives in the UK and has a contract of employment to work 30 hours or more. They can be a new or existing member of staff as long as they are employed in a new job role, or a role that provides them with substantial development of new skills, and the apprenticeship is substantively different to any qualifications they may currently hold. The job role must also give them the opportunity to gain the required knowledge and skills to be able to achieve the apprenticeship.

Once the apprentice has completed all their training, passed any requirement for an academic or industry qualification, and is judged to have reached the required apprenticeship standard, they are then put forward for end point assessment (EPA).  EPA is conducted by an independent organisation and is chosen by the employer from a list of approved EPA organisations.

The Reason for Change

So why are we seeing a complete overhaul of the apprenticeship funding system and the introduction of new Apprenticeship Standards? Well over the past six years the UK Government has commissioned three reviews.

It was back in 2013 that the first Trailblazer employer-led groups were formed of industry and training experts and professional bodies to define their industry’s new apprenticeship standards. The Government’s guidance to Trailblazer groups is that they are required to include ‘a wide range of employers – at least 10’ and ‘a group should normally include at least 2 employers with fewer than 50 employees’. It is hoped that in reality Trailblazers view these guidelines as minimum requirements, and actually enlist far more employers of all sizes. In time we will find out whether apprenticeship standards meet the needs of the UK workforce and address the skills gap that employers desperately want to close.

In April 2017 employers with a pay bill of three million pounds or more (approximately 1.3% of all UK employers), began paying 0.5% of their pay bill, known as the Apprenticeship Levy, into a digital account. The Government tops up the employer’s digital account by 10% and the total levy pot is then available to spend on apprenticeships, and only apprenticeships. If they don’t spend the funds within 24 months they lose the money. Non-levy employers will either have apprenticeships fully funded, if their apprentices are 16 to 18, or will be required to pay 10% of the cost up to the defined funding cap.

Apprenticeship standards are growing in number with many hundred already approved, you can view the whole list here, and there are hundreds that have been approved for development.  So we already know that there are going to be at least 5 times more standards than there were frameworks, and possibly a lot more. As the guidance for Trailblazers has recently been updated there doesn’t seem to be any sign that the Government is planning to slow or stop the development of new standards any time soon.

Read our blog on ‘Apprenticeships for Business – the impact of change‘

eLearning Marketplace’s Managing Director Carolyn Lewis, who has worked in the apprenticeship sector for many years, has been working with colleges and providers funded to deliver apprenticeships to identify appropriate online courses mapped to apprenticeship standards. If you would like to find out more about how we can support your blended delivery of apprenticeship provision please email [email protected] or phone 01488 580017.