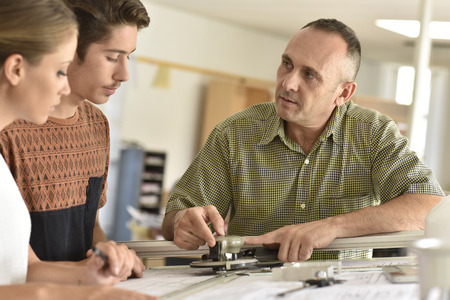 In ‘Apprenticeships for Business – the impact of change’ we reported that apprenticeship numbers in the first quarter since the launch of the apprenticeship levy fell 60%, and unfortunately the trend is continuing with the last quarter’s numbers falling by a further 27% to 114,400.

Some of the largest sectors employing apprenticeships and paying the levy, such as retail, hospitality and the public sector are saying that the apprenticeship levy is not working and needs to be reformed due to its inflexibility. But, we mustn’t lose sight of the fact that last year’s changes to apprenticeship funding and the launch of the apprenticeship standards were a massive transformation, which are sure to take time to embed, but just how long does this take?

So what are the challenges or barriers to employers increasing their apprenticeship numbers? I am sure there are many; certainly levy paying employers face a number of different challenges to SMEs, but apprenticeship rules are common to all.  There is a call for apprenticeship durations to be decreased and for the off-the job training requirement to be reduced, however these measures were brought in as a mark of quality and I believe are worthy apprentice entitlements.  Some of the most popular apprenticeship frameworks have either changed dramatically, and don’t meet the needs of employers, or do not exist as apprenticeship standards, resulting in employers moving away from apprenticeships. However, as more standards are revised and developed and employers get used to them I think we will hear less negative feedback, just as we did when BTECs and NVQs came on the scene. Whether in the long term apprenticeship standards achieve the government’s objective of raising the skill levels of the UK workforce and closing the UK’s skills gap, well that we will have to wait and see.

SMEs who take on 16 to 18 year olds say that apprenticeships have got more expensive and that more needs to be done to support them to employ apprentices. After all SMEs are the life blood of the UK economy and so are our young people, so shouldn’t we be doing more to enable SMEs to develop the skills of the future workforce? Perhaps some funding towards an initial wage period or apprentice expenses during their first year, but with funding being so tight I don’t hold out much hope for this becoming a reality!

Levy employers say that they are struggling to spend their levy contributions due to inflexibilities in the system or glitches in pricing. It was reported in the Telegraph, that ‘11% are writing off their levy payments as a tax because apprenticeships are too expensive for their available funds’ – understandably something that won’t go down well in the business world. Whatever the reasons, the government needs levy employers to get behind apprenticeships. The fall in numbers certainly throws into doubt the government’s ambitious target of 3 million apprenticeship starts by 2020; I wonder how long it will be before a review of the apprenticeship levy is announced!

We have packages of online learning for a variety of apprenticeship standards and are developing more on an on-going basis. If you’d like to know more email us at [email protected] or phone 0844 854 9218.