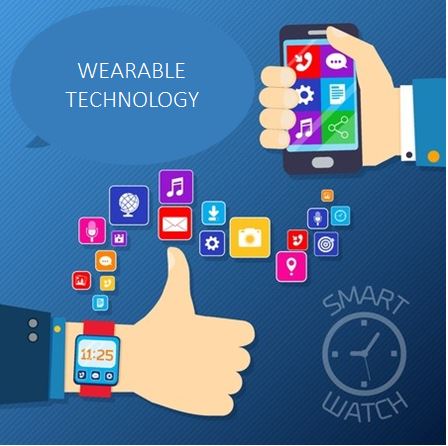 Wearable technology certainly seems to be gaining ground with many getting very excited about the variety of devices coming on the market. Whether it’s a smart wrist watch, e.g. the Samsung Gear, smart glasses, e.g. Google Glass, or a device that turns your palm into a touch screen, e.g. the Fin, they are creating one of the fastest growing markets in 2014 with predicted growth according to the IDC study, Worldwide Wearable Computing Device 2014-2018 Forecast and Analysis, of 78.4%. Those using these devices at the moment would certainly call themselves early adopters, but with IDC predicting 19 million units being shipped this year their use is becoming much wider than with just the early adopters. Healthcare, entertainment, industry and the military are just a few of the sectors that are using wearable technology and to find out more about the current and future outlook of their use in these sectors the IHS Wearable Technology report is an interesting read. However, any of us can purchase these devices with many retailers marketing wearable technology for such things as fitness and health, and tracking your children and pets.

When it comes to education, the latest technology trends don’t generally make headlines until substantial user numbers warrant some attention within the sector. However, there has been some activity on the use of wearable technology in education with NetGen Education conducting the Wearable Technology project, which had some interesting findings and last month EmergingEdtech wrote an article on “Wearable Tech is Poised for Explosive Growth in the Coming Years. How Will it Impact Education?“. We can certainly foresee the possibility that the use of this technology makes an earlier appearance in Further Education and workplace learning than other technology developments, as they lend themselves to personalised and independent learning. As learning becomes more social and opportunities for learning comes from broader and more diverse communities, rather than just the formal structured delivery of learning, we can really see how wearable technology could become very popular.

Recently we posted a link on our social media channels to a series of three engaging videos on a vision of the future of learning from Pearsons which, even if you’re not interested in technology for learning, really raise your awareness of how technology in every day lives is changing the world. In these videos we see the innovative use of tablets and certainly we are seeing an increased use of tablets in education, which is driving the massive growth in the development of educational apps. So it makes sense that as wearable technology is the next generation of mobile device the next step is for these apps to be adopted on wearable technology. Along with 3d visualisation and augmented reality education could look very different in years to come.

There certainly are stumbling blocks to the adoption of wearable educational technology. There are some educational establishments that haven’t embraced any form of mobile learning and are still getting to grips with virtual access to learning, so they are unlikely to consider this technology. The cost of wearable technology will certainly have a major impact on its adoption in schools, but maybe not so much in Further and Higher education, or workplace learning due to the increased trend in BYOD (bring your own device). Although BYOD policies will need to be reviewed to take into account the security and confidentiality issues that can arise from the use of wearable technology.