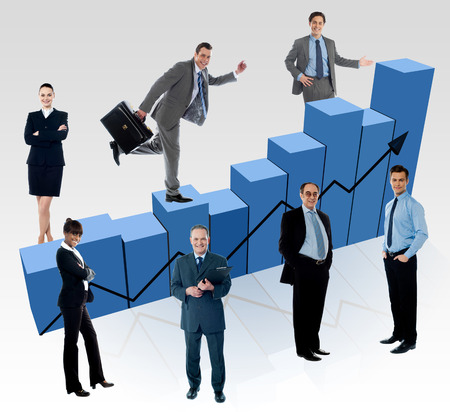 In the last five years we have seen e-learning moving at a fast pace with new trends emerging every few years, however the journey to get to where we are today hasn’t always been a smooth ride.

With the arrival of the worldwide web in 1989 it wasn’t long, in fact the early 1990s, that learning materials started appearing online, although the term e-learning didn’t really come into existence until the late 90s. There was much talk that we were on the cusp of a learning revolution, however in reality it wasn’t so much a revolution as just an opportunity for the same teaching content to be accessed in a different way. The significant change in pedagogical skills and emergence of innovative delivery and content didn’t materialise. CD ROMS were the new big thing, rather than online learning and this didn’t really change over the next ten years, except within the corporate sector. 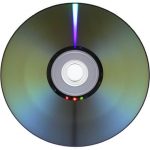 In 1994 computers were being introduced into UK schools and by 1998 there were 820,000 in use in state schools, however only a small number were using the internet, with most using CD ROMS. By 1998 over 9,000 schools were connected to the internet but online learning development was slow, most likely impacted by the fact that a third of schools reported that 70% of their staff were not confident and competent with ICT and there was no training on the pedagogical aspect of online learning. In contrast every school in the USA had microcomputers and a large proportion were using the internet in the early 90s.

Between 1998 and 2004 the UK government invested around £1.8billion in several government initiatives and projects aimed at harnessing the power of e-learning.

In 2000 UK e-Universities (UKeU) was set up as a joint initiative between the UK Government, 12 universities and private industry. The company had £62m of public funding and £5.6m from Sun Microsystems. It offered undergraduate, post-graduate and life-long learning courses in subjects such as English language, science and technology, and business. By 2004 it was declared that UKeU had failed.

In 2003 The Institute for Employment Studies, like many organisations around the same time, produced e-learning guides, theirs was ‘Exploring e-Learning’. It asked the question ‘Does your organisation want to extend its use of computer-based technology to provide training resources to your employees?’ It expressed the view that ‘A quarter of all learning is expected to take place electronically in five years’ time; a prediction that was not to materialise’.

e onto the market. Unfortunately, this started a trend for low cost, low quality, poorly designed learning content both on the open market and presented as in-house company training. This harmed the reputation of e-learning, a reputation that some have clung on to and to this day it is the small amount of poor e-learning that still damages the reputation of e-learning. These authoring tools have moved on a lot and so have the skills of those using them, so we see very little poorly developed content today.

The 2004 CIPD e-learning survey found that 73% of respondents were using CD ROMs and online learning still didn’t feature in the survey as a type of learning they could select. However, 54% agreed that e-learning demands an entirely new skill set for people involved in training and development, a fact that many strategically planning the implementation of e-learning failed to realise. Twelve years on many still haven’t got to grips with this, especially in parts of the further education sector, leaving those tasked to deliver a strategy floundering. 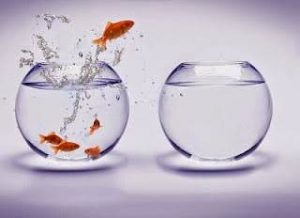 It wasn’t just the UK government that could see the opportunities for e-learning, but the adoption of online learning for an organisation wasn’t, and still isn’t plain sailing without getting the right advice and appropriate planning. Sixteen years ago little thought was given to the learner’s requirements and experiences. Strategic planning to implement e-learning often lacked the necessary knowledge and understanding of those defining the strategy. In 2000 the publisher Pearson Education lost an estimated £80 million in rushing into an e-learning market that they knew nothing about, and they definitely weren’t the only ones to invest in e-learning and fail to make a success of it.

Despite the failure of UKeU, 2004 saw many universities begin their offer of online courses. At this time we didn’t have the culture of ‘free content means free marketing’ and it’s highly likely that if you’d suggested that they should make these new online courses free they would probably have laughed. How things have changed! 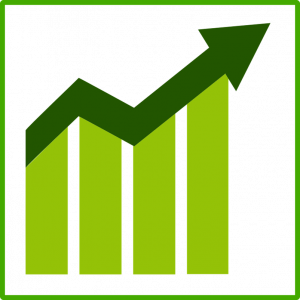 industry began a rapid expansion.There was a marked increase in the use of online learning in the UK, and although there were companies that were early adopters, often down to the technological prowess of an individual or senior management team, in 2010 we saw a significant growth in online learning being adopted. The UKs e-learning market was estimated to be worth around £472 million.

We began to see the emergence of research and case studies on the impact of e-learning, and more specifically online learning, being published:

In 2011 around 50% of UK state schools still reported that around 50% of their staff needed training in using digital content. Similar and worse statistics were evident across the whole educational sector and staff training continues to be an issue today.

In 2013 Future Learn was launched, a UK led MOOCs, Massive Open Online Course, alliance with 26 universities. Almost ten years after UKeU failed would Future Learn survive? In fact it hasn’t just survived, but is thriving. Now 91 universities and institutions from around the world are offering hundreds of free online courses. Student numbers have risen to almost 4 million, with a British Council course, preparing for an English language test, attracting 370,000 students. The less positive aspect of MOOCs is the very poor achievement rates, which in 2013 stood at less than 7%. Now the general trend has been for enrolments on MOOCs to reduce and for achievement rates to increase, currently standing at around 12%.

The Towards Maturity survey, which surveys businesses about their use of technology in learning and development, reported in 2013 that although 77% of staff said they wanted to engage with online learning 64% were still using classroom courses. The report summarised that technology was forcing organisations to consider different ways of learning, but that the focus was on a drive for efficiency, rather than building the capability of workers.

In 2014 over 41% of Fortune 500 companies were using e-learning to instruct employees and the UK e-learning market was worth £565 million.

So where are we now? In this age of AGILE working, flexibility 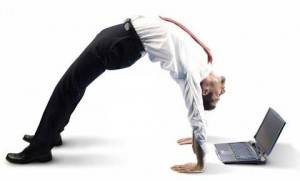 is key to all aspects of the workplace, including training, and online learning is playing a pivotal role in achieving flexibility with quality outcomes for learners.

We are seeing that mobile responsive content development is the norm. Less and less we see employees sitting at a PC doing a 2 hour course, as there’s an increasing trend to produce bite sized learning for training at the point of need. Over the next few years it’s likely that we will see today’s popular 30 minute course reducing further in time to 15 minutes and perhaps even shorter. Cloud based applications and online learning content have almost eradicated locally stored digital training materials.

Believe it or not we are still encountering challenges; access to online content with some areas of the UK still struggling with good internet connection, the lack of knowledge and understanding to create and implement a learning and development strategy that embraces innovation, and a reluctance to throw out or reduce the tried and tested face to face training, despite the overwhelming evidence of the business benefits of online learning.

There are also challenges with suppliers in the sector. The world self-paced eLearning market reached $46.9 billion in 2015 so it’s not surprising that year on year we’ve seen more and more e-learning businesses starting up. However, it isn’t all rosy in the UK’s e-learning sector with almost a third of the leading 100 e-learning companies failing to make a profit.

Despite the challenges the sector is still growing, although more slowly than in the last decade. More and more companies are implementing or increasing their use of online learning as either part of a blended or online strategy. Early insights into the 2016 Towards Maturity Survey finds that 63% of the learning and development leaders say they are using ‘off-the-shelf’ e-learning. More companies are combining their formal online training with social learning online and working towards employees taking more responsibility for their own learning.

The eLearning Marketplace has an ever growing catalogue of online training, which currently stands at around 1,000 e-learning products from over 150 e-learning publishers. We offer free use of our learning management system to manage and track staff training and the flexibility to enrol staff on to courses as and when a training need arises. For a small one off cost have your own branded LMS, add your own content, have the facility to enrol staff on any of our LMS courses and even have the option to pay monthly for what you use.