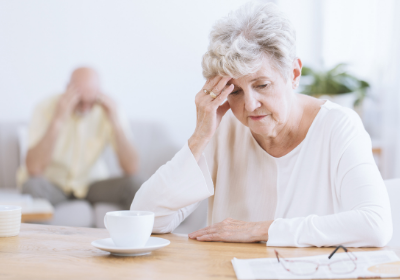 One in three people born in the UK will go on to develop dementia during their lifetime. Dementia is a general term for a decline in mental ability severe enough to interfere with daily life with Alzheimer’s disease being the most common cause.

What is Dementia Awareness Week?

There are 850,000 people living with Dementia in the UK with this set to rise to over one million by 2025. Dementia Action is a national event which sees the UK public taking action to improve the lives of those people affected by dementia. During the week it is encouraged to take time to find out about dementia and make time to do something to be a friend and do something to support someone with Dementia.

What’s the difference between Alzheimer’s and Dementia?

Dementia is a term for a range of progressive conditions which affect the brain. The brain is made up of nerve cells (neurones) that communicate with each other by sending messages. Dementia damages the nerve cells in the brain so messages can’t be sent effectively, which prevents the brain from functioning normally.

Alzheimer’s disease is the most common type of dementia in the UK. It is a physical condition caused by changes in the structure of the brain which results from a build-up of proteins which damage the brain cells’ ability to transmit messages.

Vascular Dementia is the second most common type of dementia and is caused by problems in the blood supply to the brain cells. This is commonly due to strokes or a series of small strokes sometimes referred to as Transient Ischaemic Attacks (TIA’s) which result in localised cell danmage to the brain.

Memory – people with Dementia often have problems retaining new information. They can become lost in places they used to be familiar with and struggle to remember names.

Problems processing information – short term memory loss and a difficulty with time and place resulting in challenges to do everyday tasks such as shopping.

Communication – repeating things over and over again and finding it difficult to find the tright words. Losing interest in seeing friends socially.

Mood and behaviour – changes in personality, behaviour and mood. Signs of anxiety and depression.

If you would like to find out more about dementia and how you can help someone who is suffering then these online courses provide some really helpful information and advise on how to offer support. In support of Dementia Action Week we are offering all courses with a 20% Discount.