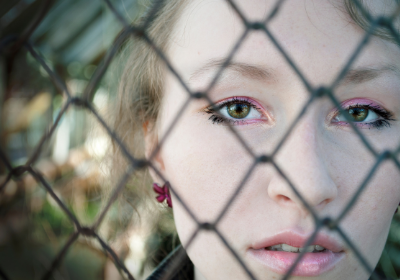 Monday 18th October 2021 is Anti-Slavery Day, an important initiative to raise awareness of human trafficking and modern slavery, and to encourage government, local authorities, companies, charities and individuals to do what they can to address the problem.

Slavery was abolished officially in England on 1st May 1807, but despite this today modern slavery is very much a current problem. The Centre for Social Justice Report in 2020 reported that police data suggested there were at least 100,000 cases of slavery in the UK alone, but that the figure could be much, much higher.

Modern slavery is a violation of human rights and includes the exploitation of others for personal or organisational gain. From the outside it appears these workers have an ordinary job, but the reality is that they are being paid less than minimum wage, face daily violence and threats may also have had their passports taken away living in fear of being deported. Dangerous gangs are involved in human trafficking and bring people to the UK knowing that these people are being exploited.

For any organisation, training your team to be able to spot the signs of any modern slavery is key and protects your workers and your organisation.

To support Anti-Slavery Day we are have put all our online Modern Slavery Courses on sale with a 20% Discount.