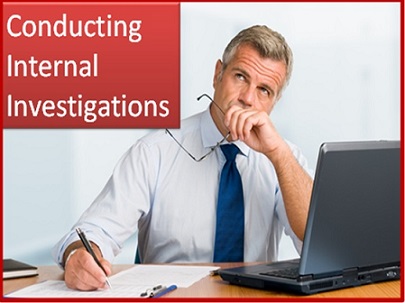 A quick search of the internet will pull up tons of material on risk management and internal controls, to help you improve your business. All organizations, be they private sectors, not-for-profit or public sector bodies have to adhere to whichever set of governance codes they fall under. One example is the UK Corporate Governance Code that is published by the Financial Reporting Council for listed companies that either have to comply or explain why not. The Sept 2012 version includes code C.2.1 which states:

‘The board should, at least annually, conduct a review of the effectiveness of the company’s risk management and internal control systems and should report to shareholders that they have done so. The review should cover all material controls, including financial, operational and compliance controls.’

So, we have the codes and we have a good take-up, which means everything should be fine. But if you want to improve your risk management and internal controls, you will want to find out if your workforce needs any more training in this topic. I recently carried out a very informal experiment to see if I could spot any obvious room for improvement in the way business risk is being managed. One rainy winter evening, I scanned the Times Newspaper (16th January 2014) and extracted the following snippets of information:

The problem is that risk is something that just won’t go away and no one is exempt. My sample is a quick look at one newspaper on one particular day. Regulators act as referees and to slightly misquote the late, great football manager, Bill Shankly:

‘The problem with referees, is that they know all the rules but don’t always understand the game.’

We really need to get real since many employees ‘game’ their targets, their result and most of what they do at work to suit themselves. I can’t think of many people who put the needs of their employer above their own personal interests. Which means your improvements to risk management and internal control have to be set within the culture at work, to make any real sense. One way forward is to re-write the Corporate Governance Code to move away from an annual accountant-centric event that means very little to most people, to a more straightforward version. My suggested re-write of the code would be:

‘The board should establish a control strategy that is resilient in responding to the changing risk landscape and which ensures all employees retain key risks to acceptable levels through the design, implementation and review of sound controls. The control strategy should guard against fraud, waste, reckless behaviour, excessive caution, short-termism and suboptimal results; and be subject to on-going review and disclosed to shareholders on an annual basis.’

In this way we would hope to see four things firmly in place in all organizations:

1)      A board that takes responsibility for the risk culture in their organization.

2)      Management and teams who understand their key risks and the difference between acceptable and unacceptable behaviour.

4)      A transparent review process that ensures the above is happening.

If these four things are happening the hope is that there will be fewer headlines that undermine all kinds of organizations, and which ultimately damage the reputation of global economies. I asked whether there is a need to train employees to improve the way they manage risk and sharpen their business controls. I feel the answer is; ‘yes there is’ – which is why Business Controls Training will continue to develop a range of stand alone e-learning courses for elearningmarketplace.co.uk.

View our catalogue of Information Security and Fraud Courses